So, it’s been a little while since I posted a reflective post about current media and show happenings. Off the heels of the 2021 Emmy Award nominations announcement, many conversations regarding the nominated One show, in particular, that has been buzzing with news of its number of nominations is the now-canceled “hit” show Lovecraft Country.

Let me explain why I have placed the word hit in quotations. Having held its home on HBO for the past year, the network announced that they would not be moving forward with Season 2 of the series earlier in the summer. To the disappointment, but not a complete shock of many, this appears to be a standard action when a show seems to provide cultural shifts in media and cultural awareness.

This particular action is not anything groundbreakingly new either. There have been critically acclaimed and fan-raved shows that have gotten the ax in the past few years. Notably, the show’s head writer, Misha Green, has experienced this same fate just shy of three years ago, when the WGN Network show Underground was given the boot due to “shifts in the network’s programming platform.” Also, the show did not receive the opportunity to be picked up on another network or digital platform because of “budgetary expenses” due to location filming and historical accuracy from research, costumes, etc.

Ahhhhh! That’s part of the answer, historical accuracy. Despite the fan’s and critics’ enjoyment of the show and the perspective that Lovecraft Country provided based on American history, I feel the history part has many networks and platforms shying away from historical period pieces and representation. They say opinion and enjoyment in media and the arts are subjective; however, I’m starting to sense history is being used in this same context. (See opinion post that I wrote earlier in the year about History Being Held Hostage here)

With critical race theory debates and seminars being thrown across education and political platforms across America, I believe programming that touches on essential theories of race and subjects is being reviewed and heavily scrutinized to the point of either cancellation, rejection, and or being hidden. Could cultural portrayals that reveal and highlight the social wrongs and misfortune towards minoritized groups in America make specific audience populations uncomfortable? After all, society has been making attempts to become more inclusive of the needs and concerns of Its citizens.

Yet, it appears that we have moved beyond the issues of mere uncomfortableness and now this is socially and most importantly, economically backed. Yes, history has shown us that when things get “uncomfortable” to discuss or witness, people often make attempts to hide the truth, facts, and frequently images.

Like many political pundits have reported and shared regarding supergroup backings that can produce and manipulate millions of dollars for campaigns and platforms, the media corporations are often backed and supported by these same individuals and corporate entities. Therefore, despite efforts of screenwriters, showrunners, actors, and all involved with bringing diverse narratives and often opposing stories to the prevalent top-down historical accounts to the masses, the puppet strings are still being pulled to favor the “preferred” narrative displays.

With 18 nominations, it’s crystal clear that the show was a success and that audiences desire to see themselves and their history and representation in programming. What needs to be done, I’m not entirely sure. However, I feel that outside of self-supporting projects, it’s time that networks and programming policies be reviewed and become more transparent about their efforts and transactions to support quality, enriching, and culturally engaging content. We have made it to a point in the media where all dialog and stories deserve a voice and a fair platform. As the programming for the fall continues to take shape, we will see how this year’s wave of show success and or potential failures will fair and influence the industry more. But these are just my thoughts on the matter. 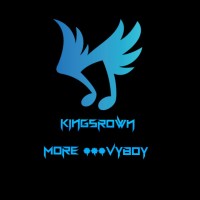