Did you know that Halle Berry wanted to marry Sidney Poitier? Source: Courtesy Apple TV+ / Apple TV+ Can’t say that we blame her, after watching the trailer for the upcoming Apple Originals film Sidney. The trailer reveals so many details from Sidney Poitier’s life, from his early childhood and young adulthood in his native…

Since 1986, Janet Jackson has shown the world she’s in control, even if the events and people around her weren’t. Ultimately, from the documentary, it’s clear that Janet has successfully sustained being herself while growing and nurturing the iconic career and accolades she has amassed over the years. While several factors in her personal life lead to specific outcomes in professional life, Janet has gracefully maintained her brand and icon status by celebrating and embracing individuality and her divine feminity and sexuality.

END_OF_DOCUMENT_TOKEN_TO_BE_REPLACED

WAKE IT UP! The day is here! ‘Janet.’ the documentary premieres tonight and we are UBER excited! So of course Janet Jackson Appreciation Week continues, so let’s ‘Go Deep’ with a Metamorphosis medley! http://www.theGamutt.com

WAKE UP JAM: #JanetJackson ‘Go Deep/ Come On Get Up’ Medley [Metamorphosis show] — The Gamutt || WebMag

Two MORE DAYS until the ‘JANET.’ doc!!!  #JanetJacksonAppreciationWeek marches on… —WHY NOT kick down the door with some of her GREATEST MUSIC VIDEO CLIPS…. This compilation was created by whiterabbitmix on YouTube! Take a LOOK! Here is the BLUEPRINT for all others to FOLLOW…. http://www.thegamutt.com 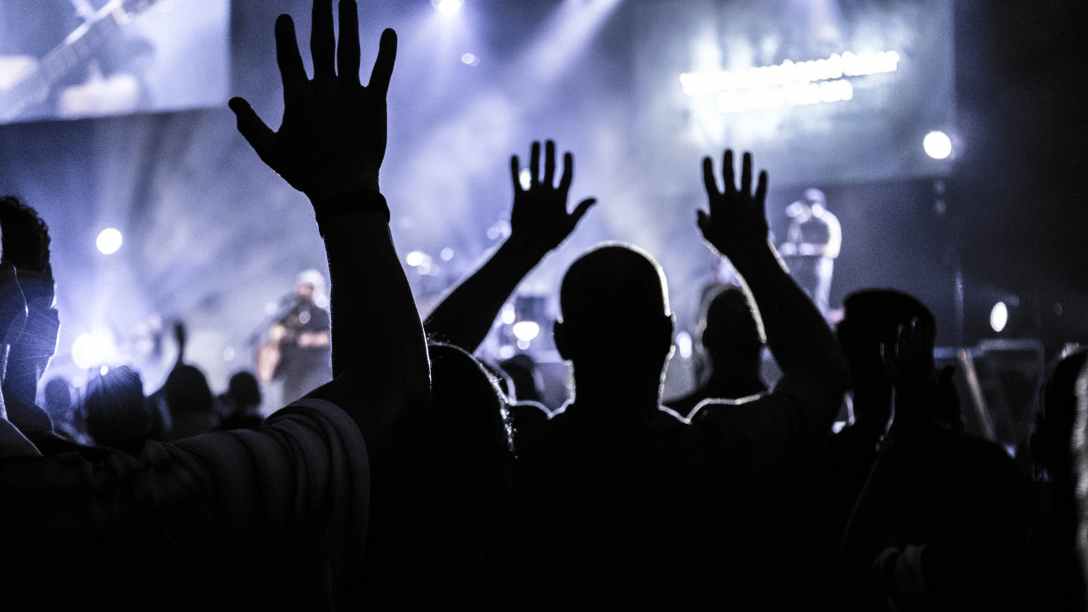 This year, many of us turned to film to be transported outside the confines of our homes. With that in mind, at TIME we commissioned documentaries that took viewers on journeys—whether inside the mind of a beloved pet, along for a day at an unusual job or behind the scenes as forensic analysis is used…

This review is a lot later than I expected it to be, but it’s better late than never! Earlier in the month, I had the luxury to digitally rent RESPECT (2021), the biographical movie about the Queen of Soul, the late Ms. Aretha Franklin’s early life until her most successful album during her career. I will first say that I absolutely enjoyed the film and was more than happy to witness the phenomenal portrayal of Aretha Franklin by the incomparable Jennifer Hudson.

I did not watch the documentary series that was released earlier in the year that chronicled Ms. Franklin’s life out of “respect” to the fact that Ms. Franklin, nor her family, did not sanction this version of her story. Typically when a documentary or film is released on a person’s life, the family and or the subject themselves will approve material and artifacts used.

Since Ms. Franklin suggested that Jennifer Hudson portray her in her biopic, this was more than a blessing; this was destiny. As I watched the film and all of the interviews that surrounded the film production, Ms. Franklin and Ms. Hudson’s lives paralleled in several instances. Both women experienced the loss of their mothers at critical points in their lives. Both women have had similar accounts during their musical careers.

Both women have endured what it means to be a black woman in America while being a public figure and influencer. A few weeks before the movie premiered in both theaters and on digital platforms, the world was reminded that Hudson performed one of Aretha’s songs for her American Idol audition, further connecting their lives and paths.

In all, I felt the movie was beautifully executed. I’m also appreciative that the film featured much of her life up to the success of her Amazing Grace live album recording in 1972. I’ve read that many people weren’t very fond of this ending, but I felt that it was great. Everyone is aware of her life story after the gospel album recording. However, it was the era before she was considered the Queen of Soul that is most undiscussed. Aside from her literary biography that was released more than 20 years ago, her career’s earlier successes and failures were often glossed over, in my opinion.

I watched an interview with the director of RESPECT. I found that she said the purpose of stopping the film before the audience saw the Queen of Soul as her legacy purports to show the factors that crafted and solidified her star power and influence in soul music. Many of Aretha’s personal experiences, from the abusive relationships since childhood to her estranged relationship with her father, served as catalysts for what shaped Aretha into the robust, determined, and influential vessel she became.

The film’s key players and actors did an excellent job portraying the various acquaintances and familial relationships in Franklin’s life. I certainly hope that awards are ISSUED (see recent articles regarding award show winner snubs) for their portrayal as they were definitely earned by all of the actors involved in the beautiful project. By now, you’ve had the opportunity to experience the film in the theater or in your own home. But if you haven’t, please go do so now. Like right now. What on earth could you be waiting for? 🙂

Janet Jackson shared the first teaser trailer for her upcoming documentary, “JANET,” which will air over two nights on Lifetime and A&E. LIKE US ON FACEBOOK. FOLLOW US ON INSTAGRAM & TWITTER. SUBSCRIBE TO OUR YOUTUBE. A+E Networks ordered a two-night, four-hour documentary event about the life and legacy of the music icon. The project coincides with the 40th anniversary of… 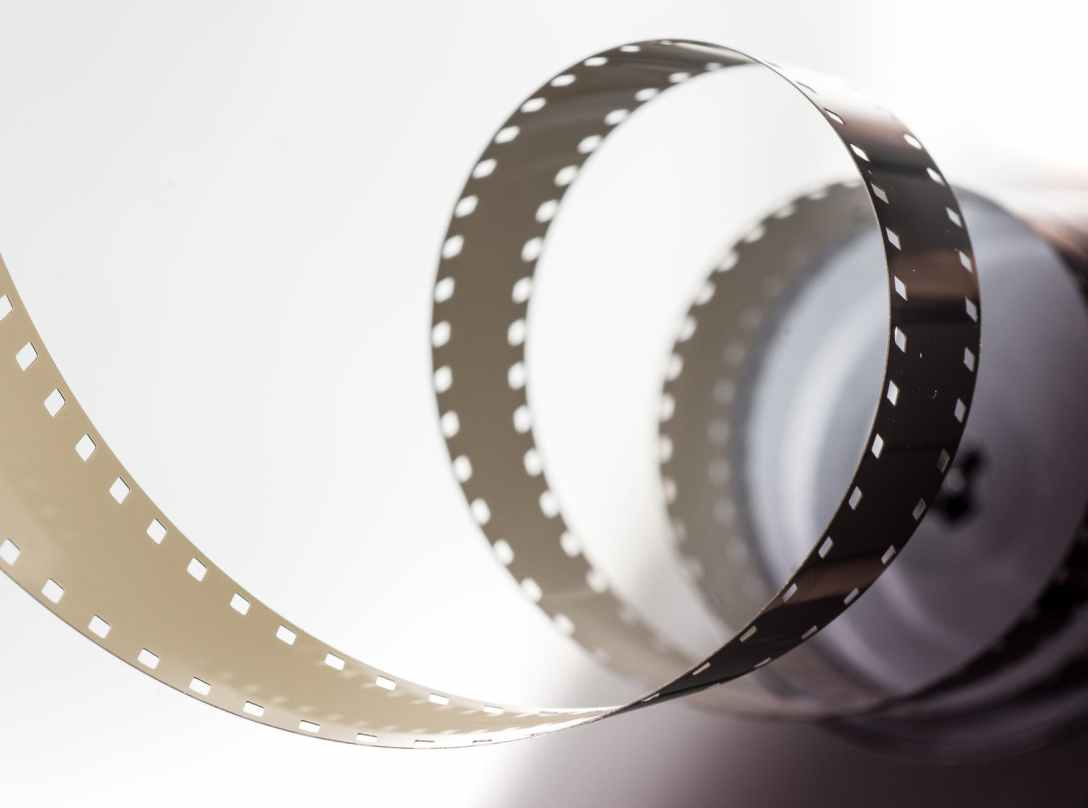 In a world of ensemble acts and performances, the principal cast, band, costume and wardrobe team, and a host of others, all work together to put on a magical performance. These practices are pretty much standard in today’s performance. However, the camaraderie among cast and crew often experienced in modern productions didn’t always exist. In the documentary film Plenty of Good Women Dancers, African American women tap dancers and personalities from the 1920s to the 1950s chronicled their experiences in an industry that celebrated their dance but didn’t always celebrate them professionally or individually. Most often, these women went anonymous within the industry and within their communities.

Directed and produced by Barry Dornfeld, Debora Kodish, and Germaine Ingram, the documentary provided an exciting look in the past at some of Philadelphia’s most influential and talented African American women tap dancers. During the height of the Harlem Renaissance and other artistic explosions in the United States among African American community, tap dancers with the unique close to the floor tapping style of Philadelphia often toured and starred in some of Hollywood’s and Broadway’s most famous and popular race films and productions during the era. As mentioned and highlighted in the documentary, many of the dancers were self-taught and learned the art of tap dancing through trial performance and sheer passion and drive to cultivate the creativity they possessed naturally.

During the fanciful swing dancing and tap dancing, the dancers were affectionately referred to as “hoofers” to the viewers back in time.  Dancers Edith “Baby Edwards” Hunt, Libby Spencer, and Hortense Allen Jordan showcased that despite the years removed from the era they dominated, each dancer had the same passion and tenacity of yesteryear’s swing era.  Besides the sheer excitement that I often experience in African American history, film, and productions, I was thrilled to have shared this documentary. Some of the most valuable and strategic film devices were utilized during this informative and insightful documentary.

With the inclusion of archival footage, photographic accounts, and personal artifacts from the dancers, Plenty of Good Women Dancers moved beyond the realm of excellent qualitative interviewing. The real star of the documentary wasn’t entirely in the performance of the dancers themselves. The real star was in the feeling and emotion that the era of swing tap dance impressed upon the viewer. Much like the dancers expressed how the audience was often warmed up to the evening’s mood, the feeling of specialness functioned much like their opening act warm-ups. As the film progressed, the showmanship and skill became more technical and stylized, which would cause any viewer to jump into the mood of dancing.

Plenty of Good Women Dancers did an excellent job at incorporating and including members’ meaning[1]a concept mentioned by Emerson, Fretz, and Shaw in their book Writing Ethnographic Fieldnotes. Although I don’t come from a dancer’s background, the documentary commentary was featured so that their language and jargon could be understood and followed quickly. This documentary, mainly expressing the first person point of view, allowed the story to flow accurately and efficiently without aiding in confusion and creating historical misrepresentations.

Though the film featured audible and visual accounts of the swing era of Philadelphia,  the documentary also supported this point of view tactic well because one of the film’s producers was also a part of the documentary performance piece. As Emerson, Fretz, and Shaw expressed in their book, by having the first-person point of view narrative, “it allows the ethnographer to present the natural unfolding of experience as seen from the participant’s vantage point,” [2](Emerson, Fretz and Shaw, 2011, 95).

Another fieldwork device that was explored in this documentary was the Glassie concept of structural functionalism. Given that this documentary featured the works and talents of local Philadelphian dancers, Plenty of Good Women Dancers took a localized construct. They applied it to a genre of expressive artistic culture within the world of swing dance. This particular technique is also helpful. It provides an opportunity for the viewer to explore more independently and in-depth about the subject matter and its juxtaposition with other related topics within the field.

For 53 minutes, the talented women of the swing era of tap featured in the documentary showcased how they continued to shine bright even after having to acquiesce behind the likes of their male counterparts. Yet, it’s the spirit of their story and their triumph that truly makes Plenty of Good Women Dancers an exciting and insightful piece. Whether young or old, this film will resonate with anyone who watches its magic.

To watch the documentary in it’s entirety check it out here: http://www.folkstreams.net/film-detail.php?id=293